The successor to Mate X foldable phone is said to have four camera sensors, 8.3-inch large display, and Wi-Fi 6.

The latest listing reveals Huawei Mate X2 comes with dual-SIM functionality and 5G support. According to reports, Huawei Mate X2 will be quite similar to Samsung’s Galaxy Z Fold 2. It will have an inward folding design. The outer display will also come with a punch-hole cutout, reports 91Mobiles. The phone is said to have as many as four camera sensors with capabilities of 3x optical zoom.

If older rumours are to be believed, Huawei Mate X2 will have an 8.3-inch large display with up to 120Hz refresh rate. The foldable phone is said to run on in-house Kirin 9000 processor. On the software front, it will have Android 10-based EMU11. Other leaked features of Huawei Mate X2 include Wi-Fi 6, OLED display, and Bluetooth 5.1 respectively.

That said, Huawei was one of the first smartphone companies in the world to introduce a foldable phone. Just like Samsung’s original Galaxy Fold, Huawei Mate X’s commercial launch was also delayed by months. The company earlier this year introduced an upgraded Mate Xs foldable smartphone.

Even as Mate X2 is said to be similar to Samsung’s Galaxy Z Fold 2, Huawei is also working on a foldable phone with a clamshell design, akin to Galaxy Z Flip and Motorola’s Razr. The upcoming flip-style foldable phone will also house a cover display and twin cameras at the back.

As of now, there is no word on the official launch date of Huawei Mate X2 and the flip-fold foldable phone. 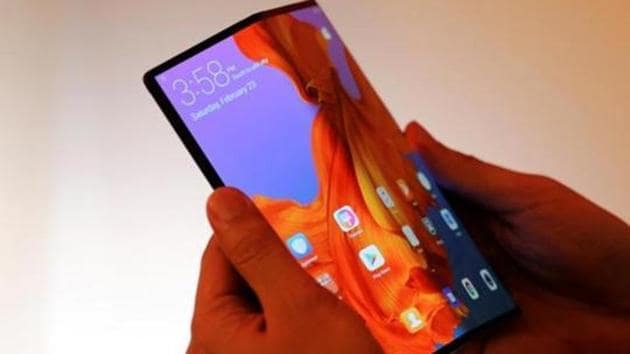