Some of the computers remain offline following the attack.

Supercomputers in Europe being used to research Covid-19 were hacked this week, according to several laboratories. Some of the computers remain offline following the attack.

Supercomputers in Switzerland, Germany, and the UK were affected. It’s not clear if the attacks were linked or who was behind them.

Supercomputers can assist in researching Covid-19 and other maladies by running simulations to study the disease’s effect on cells and to gain further insight on potential treatments.

Several affected labs said that only the login portal to the supercomputers were affected, not the machinery that runs the computations. That could mean that an attacker was seeking to breach the system in order to steal research or to disrupt the progress of researchers, according to an employee of one of the supercomputing sites, who requested anonymity because they weren’t authorized to speak publicly.

“So the attackers wanted to either gather intellectual property or just slow down efforts to battle Covid,” the employee said.

In Switzerland, the Swiss National Supercomputing Centre confirmed that it and other European high-performance computer facilities had been attacked and that it had temporarily closed access pending an investigation. “A cyber-attack has been conducted against several European [high performance computing] and academic computer sites,” the center said. “Our system engineers are actively working in order to bring back the systems as soon as possible.”

The Swiss Federal Institute of Technology was recently awarded use of the supercomputers at the Swiss National Supercomputing Centre to study the small membrane protein of the coronavirus.

On Monday, the UK National Supercomputing Service, named ARCHER, also said it was affected by a cyber-attack. The system is being used to simulate the spread of the coronavirus pandemic at the Imperial College’s Centre for Global Infectious Disease Analysis. Five days after announcing the attack of its login systems, ARCHER said its systems are still offline.

In Germany, the supercomputing center in Baden-Wurttemberg also said it was affected by a security incident, according to a statement. It isn’t clear if the center was doing research on Covid-19, the disease caused by the coronavirus.

For years, state-sponsored hackers have been accused of attacking researchers in order to pilfer medical and scientific research, as well as intellectual property belonging to firms in technology, defense, agriculture and other sectors.

On May 13, the Federal Bureau of Investigation and the Department of Homeland Security issued a statement warning scientific researchers in the U.S. of attacks by Chinese-based hackers.

“The FBI is investigating the targeting and compromise of U.S. organizations conducting Covid-19-related research by [People’s Republic of China]-affiliated cyber actors and non-traditional collectors,” the agencies said. “These actors have been observed attempting to identify and illicitly obtain valuable intellectual property (IP) and public health data related to vaccines, treatments, and testing from networks and personnel affiliated with Covid-19-related research. The potential theft of this information jeopardizes the delivery of secure, effective, and efficient treatment options.” 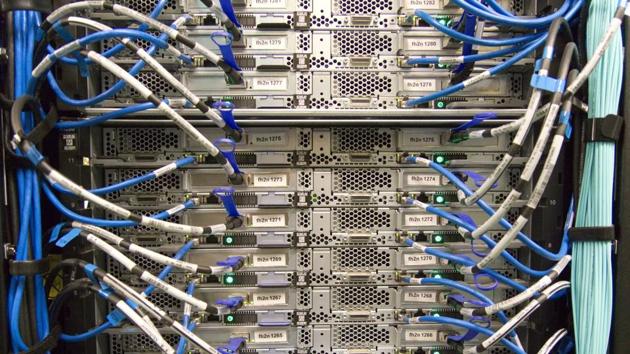 Folding At Home is more powerful than top 500 supercomputers combined, all of this for Covid-19 research