There is a Suicide Squad game in the works, creators of Batman: Arkham series, Rocksteady Studios confirm

More details about the Suicide Squad game will be revealed at DC FanDome, but so far we know that the game also features Superman.

Rocksteady Studios, the guys behind Batman: Arkham series, has confirmed that there is a Suicide Squad game in the making. The game is going to be based on the team of ‘supervillains’ from DC Comics who go by the same name.

Not much is known about the Suicide Squad game at this point except that it will feature Superman. Rocksteady Studios tweeted an image of Superman with the Suicide Squad logo on the back of his head when they announced the new game.

More details are expected to be revealed at DC FanDome, the upcoming virtual convention, that’s scheduled for August 22.

Rocksteady announced the new game over all its social media channels this weekend and Superman’s photo that they shared was captioned - “Target locked - #DCFanDome - August 22. #suicidesquadgame”.

This could indicate that Superman could be the target of the Suicide Squad.

However, this is not the first time Superman has popped up in the Rocksteady universe. Earlier reports had it that Superman was supposed to be the protagonist of an upcoming game. But over the last two years, that plan seems to have fallen through and Rocksteady has decided to put the villains in charge instead.

The Suicide Squad was mentioned in the post-credits sequence of Batman: Arkham Origins, the third installment of the Batman: Arkham series that was not made by Rocksteady Studios.

The squad of super villains has also been a part of two Lego titles - Lego Batman 3: Beyond Gotham and Lego DC Super-Villains. There is just one movie in the DC-verse featuring the Suicide Squad and that’s been followed up by Birds of Prey that focuses mostly on Harley Quinn’s character.

No release date or platforms are known for now as far as this new game is concerned but one can expect PS5 and Xbox Series X to be on the list. 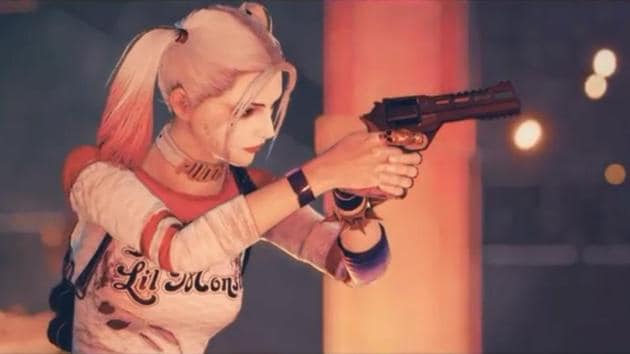 PUBG and Suicide Squad mash up: The Joker and Harley Quinn are coming soon

Watch: Superman, Batman in Injustice: Gods Among Us