Android phones with most OS updates to buy today

WhatsApp account theft while you SLEEP! Beware, this is how they steal it

The Lava Agni 5G is a good first attempt at Lava’s midrange intentions but in a market benchmarked by the Redmi Note 10 Pro Max, does this stand any chance?

All you need is a fire to ignite your ambitions! India's Lava took this thought too seriously and in a bid to pull off another Micromax (the “cheeni kum phones” banking on anti-China sentiments, remember?), it has come up with the Agni 5G. Fiery name and fiery specs too for a price of ₹19,999! On paper, this phone can literally make Redmi, Realme and Motorola anxious.

But on-paper specs and promises are just one part of the story. Lava has gone all out in establishing the Agni 5G as a fearsome midrange phone, with the added “tadka” of patriotism. Shame that Lava has to rely on this anti-China sentiment to sell the Agni, given that the phone itself can do some talking.

For a phone called “Agni” (Hindi for fire), you expect a fiery design too. But the Lava Agni 5G is anything but hot; its blue gradient colour scheme only makes the stale design easy to skip eyes. It looks a lot like the Realme and Oppo sub- ₹20,000 phones, especially with its plain rectangular cameras. From the front, it bears no difference from the hordes of phones we have in this price segment.

Looks are subjective though and I will credit Lava where they deserve -- build quality. Despite having a plastic unibody construction, the Agni feels structurally strong. It is comfortable to hold too, especially with its curved edges and the easily accessible buttons.

Other extras include a 3.5mm headphone jack, a USB-C port, and single loudspeaker. Lava bundles a 30W charger and a TPU case in the box.

The Lava Agni gets a rather conservative IPS LCD display with a refresh rate of 90Hz, which pales out in comparison to the 120Hz AMOLED display of the Redmi Note 10 Pro. You lose out on the high contrasts but for an LCD display, it is very well tuned. Pictures and videos look vibrant and bright. Everything is visible under the sun, although not as easily as it does on a Redmi Note.

The 90Hz refresh rate helps smoothen out the animations and scrolling, which greatly enhances the viewing experience. Note that the phone is set to 60Hz by default; you need to head into “Intelligence Assistance” to turn on “High speed refresh”.

While the scrolling and animations look smooth, the touch response is awfully laggy; it is magnified while playing games. I also encountered ghost touches occasionally. Also, no Widevine L1 support translates to low-res streaming from OTT apps.

Indians love high-end specs and based on that data, Lava has put the fastest MediaTek midrange chip from 2021; the Dimensity 810. This is a fast chip by all means; be it gaming or simply dealing with hours of social media browsing, the Dimensity 810 can handle everything. Paired with 8GB of RAM and 128GB of storage, the Agni 5G is an effortless performer. I was able to play PUBG New State at Max settings without notable frame drops, although Shadow Fight 4 at Medium graphics wasn't a pleasant experience.

Lava tries to fuse Motorola's stock Android with some MIUI flair for the Agni's operating system. The result is an interface that is fast with slick animations and transitions, but the visual appeal is unpleasant. In fact, the UI has an eerie resemblance with that of a Doogie, or Oukitel device; the “clone phones from China.” The launcher feels dated, with customization options limited on the lines of the third-party launcher apps from 10 years ago. Thankfully, there's no separate app store, or a separate browser to serve ads. For a phone costing ₹20,000, Lava could and should have designed a better software experience.

Connectivity was strong throughout my use, although I witnessed occasional drops in mobile data speeds indoors; could be an issue related to the lack of carrier aggregation. Call quality was loud and clear via the earpiece and I found the loudspeaker effective for our loud Indian ambience.

Another area where the Agni 5G's performance was a mixed bag. Of the four rear cameras, it is the main 64MP camera that performed nicely. Daylight photos have ample details with decent colour saturation, although the dynamic range could have been better. With low light, there is some ingress of noise in images and the exposure. The camera app tries to amp up saturation for pleasing the eyes but the end result is far from desirable. At night, photos contain details with long exposures but it is all spoiled by the grains, and the lack of sharpness made me restrict this camera for daylight use only. 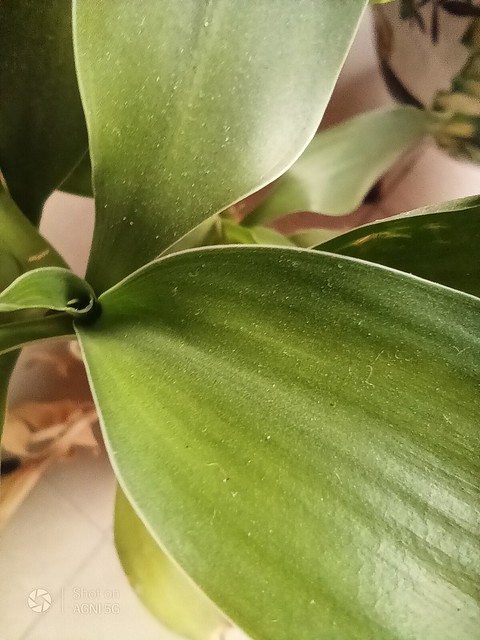 The 8MP ultrawide and the 2MP macro cameras return useable photos in daylight situations only. Portrait mode subject separation is nice, although the algorithms tend to blur out facial details even with beauty settings turned down. The 16MP selfie camera is fine as long as there's daylight but even then, it is easy to find the photos all blurry and brightened up unnecessarily.

Lava leaves a lot of room for improvement with the cameras, given that a similarly priced Redmi Note 10 Pro Max takes 10 times better photos.

The Agni 5G's battery performance is a saving grace after the overall disappointing cameras. With moderate usage, I was able to end most of my days with 40 percent of battery remaining. That's good by all means, given that I subjected the phone to 30 minutes of gaming, some video calls, an hour of talktime, streaming music to a Bluetooth speaker, and browsing social media for 2 hours on an average; all that in the 90Hz refresh rate mode and a mix of mobile data as well as Wi-Fi.

The 30W charging is another positive aspect, although Realme offers much faster charging solutions. The Lava Agni took under an hour for a 35-100 percent top-up daily.

The Lava Agni 5G reminds me of the Poco F1 from 2018; extreme focus on performance but compromises elsewhere. For ₹19,999, the Agni is among the fastest Android phones you can buy; the Dimensity 810 is well-tuned for gaming and other demanding tasks. I found the display quality and the battery life two more aspects that tip the desirability factor towards the Agni's favour.

Sadly, in the highly competitive smartphone market of 2021, the Agni falls short in other areas that also matter. An enticing design, superior build quality, better OS, great cameras and an AMOLED display are almost a staple with rivals such as the Redmi Note 10 Pro Max and Realme X7. The Agni even with all of its “Indianness” cannot convince me enough over the others. Moreover, the Realme 8s 5G at ₹17,999 offers a similar proposition and is a much better phone overall than the Agni 5G.

Lava's first attempt at a feature-packed midrange phone in the form of the Agni 5G is commendable. But the phone feels lacklustre in comparison to what others sell and at its current price, it is difficult to recommend the Agni 5G over the Redmi Note 10 Pro Max or the Realme X7. Buy it only if you want to try something new, or when the price drops by ₹3000.

No internet? Use Gmail offline to send important mails; here's how

Your iPhone can create, autofill and store all your passwords; this keychain will help

Theft-proof! Keep your iPhone data secure with this important feature

This iPhone of a Tattoo artist to sell at the price of a Mercedes SUV!

iPhone 14 long term review: Stands tall and strong no matter what you throw at it

Got your first iPhone? These MUST-do things that you should follow immediately

iPhone 14 Quick review: Worth it? Camera, Crash Detection to Gaming- You BETCHA!

Android phones with most OS updates to buy today

WhatsApp account theft while you SLEEP! Beware, this is how they steal it

Beyond beep beep: Video game music goes to next level at Grammys

Minecraft players, do you want to win a FREE Samsung Galaxy S23? Get it this way