League of Legends (LoL) virtual K-Pop group K/DA are now coming up with a new EP called “All Out”. The announcement came shortly after it released a new single “The Baddest”. This is going to be K/DA’s first EP after the K-Pop group’s big hit ‘Pop/Stars’ in 2018. K/DA features four LoL characters - Ahri, Evelynn, Akali and Kai’Sa.

All Out is scheduled to release on November 6, and it will have five tracks in total. The full track list and collaborating artists of All Out have also been revealed. Riot Games has roped in popular K-Pop group Twice for one track in the album. Twice along with Bekuh BOOM and Annika Wells feature in the track “I’ll Show You”. Another K-Pop girl group (G)I-DLE has been part of K/DA’s journey since the beginning with Pop/Stars and The Baddest. Madison Beer and Jaira Burns are also back and will feature in two tracks.

Here’s the full tracklist of All Out:

Riot Games is also releasing K/DA-themed items to League of Legends, Legends of Runeterra and Teamfight Tactics. There are new K/DA All Out Epic Skins for Ahri, Evelynn, Akali and Kai’Sa. There’s also a K/DA All Out Kai’Sa Prestige Edition Skin that can be unlocked with 2,000 Worlds Tokens. The new K/DA items will be available starting October 29. 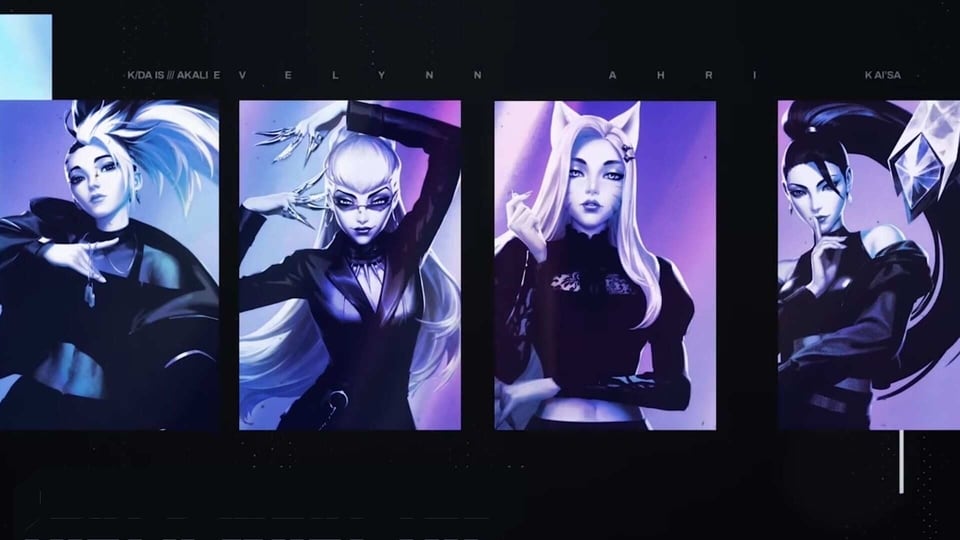