Twitter has rolled out dedicated emojis for the IPL teams, and customised Lists and Topics for the tournament.

The Indian Premier League is taking place without a live audience for the first time due to the pandemic. But the popular cricket event still has a big virtual audience, especially on Twitter. To make the most of it, Twitter has customised some features on its platform for IPL.

As with every major occasion, IPL 2020 also gets customised Twitter emojis. Each IPL team has a dedicated Twitter emoji that can be activated by hashtags available in English and six Indian languages. Some of the hashtags for the IPL teams include #OneFamily, #WhistlePodu, #PlayBold, #KorboLorboJeetbo, #SaddaPunjab, #OrangeArmy, #HallaBol, and #YehHaiNayiDilli.

Presenting the new #IPL2020 Twitter emojis👇Which team are you backing? Tell us with an emoji. pic.twitter.com/exsDfIBEoU

Twitter has also been sharing compiled Lists of IPL teams for fans to stay updated and catch up with the latest. Interested fans can also create their own Twitter Lists by adding relevant people from whom they would want to read about the IPL. twitter has also created an IPL Topic that fans can follow for all the latest updates. There are dedicated Twitter Topics for different IPL teams as well.

There’s an events page for IPL 2020 which features a timeline of tweets and conversations on IPL. This events page is visible on top of the Twitter timeline. If that’s not enough, then there are followable Twitter Moments on IPL featuring content and stories of all the matches.

Disney+ Hotstar also added some new features for IPL 2020. Its Watch’N Play social feed has been updated with an interactive emoji stream, new player emojis and a ball-by-ball prediction game as well. 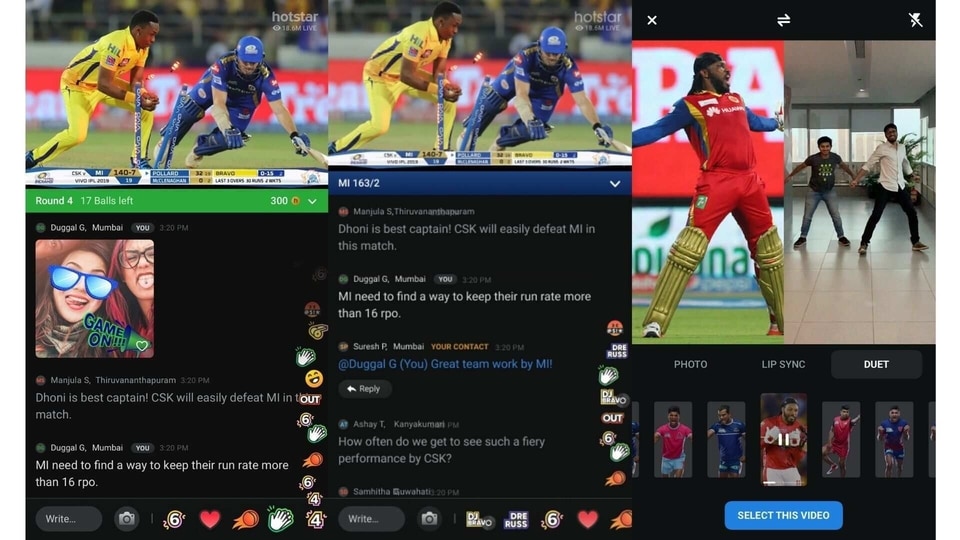