Earlier this week, YouTube defended itself in a similar case. The company claimed it was immune from liability as per the US' Communications Decency Act.

Apple Inc. co-founder Steve Wozniak says YouTube has for months allowed scammers to use his name and likeness as part of a phony bitcoin giveaway similar to the one that was quickly extinguished by Twitter Inc. last week.

Scammers used images and video of Wozniak, who left Apple in 1985, to convince YouTube users that he was hosting a live giveaway and anyone who sent him bitcoins will get double the number back, according to a lawsuit filed Tuesday in state court in San Mateo County, California.

“But when users transfer their cryptocurrency, in an irreversible transaction, they receive nothing back.”The scam also uses the names and images of other tech celebrities, including Microsoft Corp. co-founder Bill Gates and Tesla Inc. Chief Executive Officer Elon Musk, according to the suit.YouTube has been “unresponsive” to Wozniak’s repeated requests to take down the fraudulent videos, he said.

By contrast, Twitter reacted “that same day” after the accounts of Barack Obama, Joe Biden and high-profile users were hacked last week as part of a similar phony bitcoin giveaway, he said.

“YouTube has been unapologetically hosting, promoting, and directly profiting from similar scams.”

Wozniak sued along with 17 other alleged victims of the scam. They are asking the court to order YouTube and its parent company Alphabet Inc. to immediately remove the videos and to warn users about the scam giveaways. They are also seeking compensatory and punitive damages.

Alphabet didn’t immediately respond to a request for comment, made after regular business hours in California.

Earlier this week, YouTube defended itself in a similar case by saying it was immune from liability under provisions of the federal Communications Decency Act. The 1996 law says that internet providers cannot be held liable for content posted on their platforms by users. 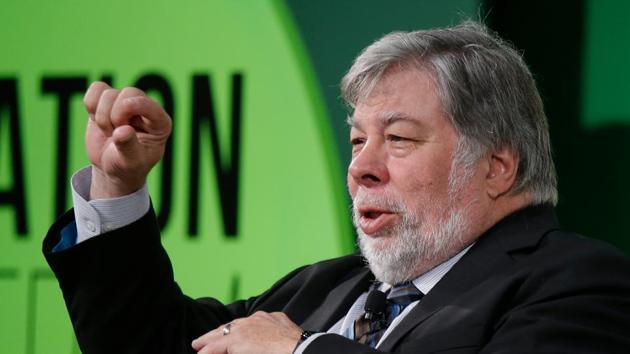