Nothing Phone (1) WAITLIST for pre-order invites is LIVE: Know what it is, how to get invite

Nothing Phone (1) chipset NOT as cutting-edge as you assumed! Check this leak

Amazon Alexa can speak like your grandmother! Just check it out

Motorola Edge 30 has been confirmed for India! Motorola’s second addition to the Edge 30 series in India is expected to be a midrange device bringing in features from the more power Edge 30 Pro. The official teaser has confirmed the phone to launch with the Snapdragon 778G+, a chipset that is tweaked variant of the more popular Snapdragon 778G — a chip that its predecessor, the Edge 20, has used last year. No other details have been revealed so far.

Motorola claims the Edge 30 to be thinnest and lightest phone in its segment, which was also the case with the Edge 20. This indicates that the phone could be using a plastic unibody construction to keep the weight under check. Prior to this, the phone had already launched in global markets as a midrange Android device. No launch date given for the Edge 30 yet but we have some information on it, thanks to rumours.

Based on information from tipster Mukul Sharma, it is said that the Motorola Edge 30 will be launching on May 12. There is no hint on the pricing yet but it could sit above the Rs. 30,000 mark. The global variant of the Edge 30 costs almost Rs. 36,000 roughly converted.

For that price, the Edge 30 is packing some serious bits under the hood. The Snapdragon 778G+ chip promises an increase in overall performance, especially for gaming. The phone could come with a 6.7-inch FHD+ OLED display with a refresh rate of 144Hz. The phone will boot Android 12 out of the box with Motorola’s MyUX skin on top for customisation. It would likely be the same version as on the Motorola Edge 30 Pro we saw earlier this year.

The phone is also having the same kind of camera setup as the Motorola Edge 30 Pro. The main and ultra wide cameras have a 50MP sensor while the third camera is a 2MP depth camera. The front camera has a 32MP camera as well. The entire set relies on a 4020mAh battery and will come with a 33W charging solution.

If the Motorola Edge 30 carries a similar kind of pricing as its predecessor, it won’t be the most feature-rich phone in the segment. Phones from Realme, Xiaomi and Samsung are offering bigger batteries with fast charging tech of up to 120W, up to 108MP cameras, and glass rear panel.

Change to a new WhatsApp chat wallpaper; here's how

Take a full page screenshot on iPhone 13, iPhone 12 as a pdf through this trick

Your phone speaker needs cleaning now! Do it this way

iPhone password problem? You just can't afford not to know this

iQOO Neo 6 VS Poco F4: We compare the specs, both will SURPRISE

Want best BATTERY life on your new phone? Buy one of these in June 2022

Moto G82 5G review: It is all about a NICE display

Nothing Phone (1) WAITLIST for pre-order invites is LIVE: Know what it is, how to get invite

Nothing Phone (1) chipset NOT as cutting-edge as you assumed! Check this leak

Free Fire logo has changed forever; here is what it looks like now 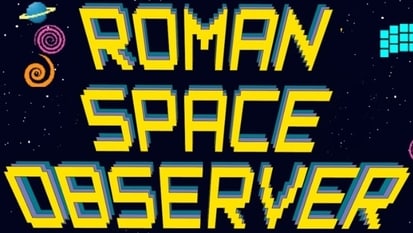