Apple has shifted the strategy of its Apple Arcade gaming service, canceling contracts for some games in development while seeking other titles that it believes will better retain subscribers.

The Cupertino, California-based technology giant scrapped development contracts with multiple game studios earlier this year and informed them of the new approach, according to people familiar with the matter.

On calls in mid-April, an Apple Arcade creative producer told some developers that their upcoming games didn’t have the level of “engagement” Apple is seeking, the people said. Apple is increasingly interested in titles that will keep users hooked, so subscribers stay beyond the free trial of the service, according to the people. They asked not to be identified discussing private conversations.

Apple Arcade, which launched in September with a one-month free trial, charges $4.99 a month for unlimited access to a wide variety of games, including with some that support hardware controllers. Unlike many mobile games, Arcade titles eschew intrusive ads and don’t push players to pay extra to win or make progress. The approach won praise from video game critics.

Apple releases new games on Arcade every month, but none of the 120 titles has become a huge hit. Developers say the recent strategy change suggests subscriber growth has been weaker than expected so far. The company hasn’t said how Apple Arcade is performing, but it recently started offering a second free trial month, indicating that some users likely aren’t remaining subscribers for very long.

“Apple Arcade has redefined what a gaming service can be, putting unlimited play at the fingertips of subscribers and their families across all their Apple devices,” Apple said in a statement. “We are proud to have launched the first-ever mobile game subscription service that now features more than 120 games, many of which are award-winning and widely celebrated for their artistry and gameplay. The vision has always been to grow and evolve the Apple Arcade catalog, and we can’t wait for our users to try the games developers are working on now.”

Apple added that it has always planned to make changes to its Arcade games lineup based on subscriber feedback.

The company has earmarked tens of million dollars to support the creation of games for the Arcade service and has spent $1 million to $5 million on several titles so far, according to the people familiar with Apple’s efforts. Apple pays outside studios to build games, bundles them into the service and sells subscriptions via the iPhone, iPad, Mac and Apple TV. For these large investments to pay off, the company needs gamers hooked on Arcade titles.

On the calls with developers in April, the Apple Arcade representative cited a specific example of the type of game the company wants: Grindstone, an engaging puzzle-action game by Capybara Games that has many levels.

Some developers who had contracts canceled by Apple were suddenly faced with financial woes, compounded by the pandemic, according to the people briefed on what happened. While Apple ended contracts, it still paid studios based on the development milestones they already hit. The company also told developers that it would work with them on future titles that meet the new requirements.

This need to better retain subscribers is the latest challenge for Apple’s services division, which the company is relying on to generate revenue beyond popular hardware such as the iPhone. The App Store has been under fire from developers and regulators. The Apple Card, launched in August, is still only available in the U.S. Apple News+ lost its business head at the end of last year and the New York Times on Monday stopped providing content to the free tier of the digital news service after skipping the paid offering. Apple TV+ is still in its infancy, but has had no smash hits yet. The first free trials expire in November.

The subscription service could eventually flourish, and the company’s new approach may help. At its developer conference last week, Apple announced an upgrade to Arcade, adding multiuser support for the Apple TV box and a feature that lets users pick up game progress on another device.

Apple’s services division is still one of the company’s fastest growing segments. It generated a record $13 billion in revenue in the fiscal second quarter, accounting for about 23% of total sales. The segment is mostly fueled by the App Store and the share Apple takes from subscriptions and in-app purchases.

By Mark Gurman and Jason Schreier 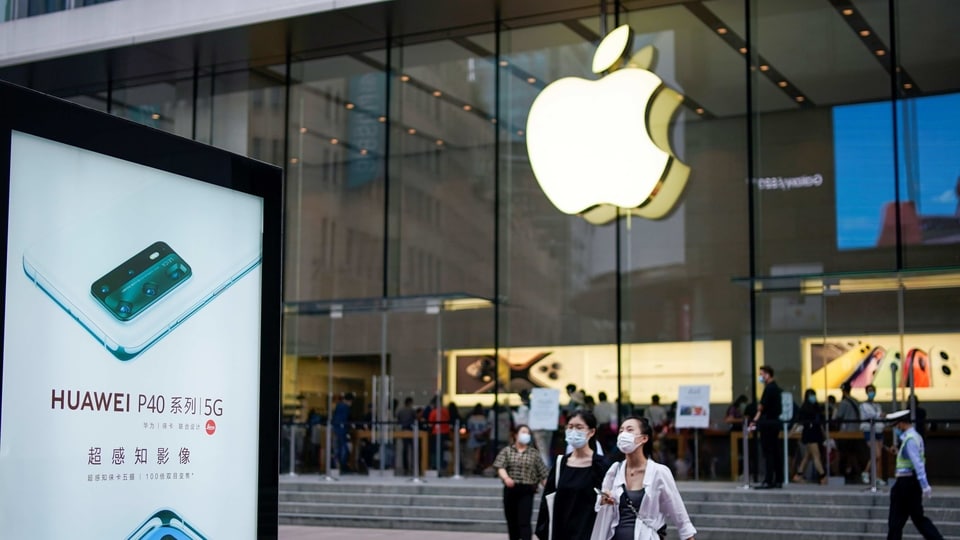