Leaked renders give a closer look at the upcoming Samsung Galaxy M12. The phone is rumoured to come with mammoth 7,000mAh battery.

Samsung is working on a new smartphone with a mammoth 7,000mAh battery. Dubbed as Samsung Galaxy M12, the phone is likely to launch in early 2021. Ahead of the official release, OnLeaks and Voice have published renders of the upcoming phone.

According to renders, Samsung Galaxy M12 looks like the recently launched Galaxy A42 5G. The smartphone sports plastic unibody back panel, flat front, and square-like camera module on the rear. The module houses four sensors. Flash is located below the module.

Renders further reveal that the M12 has a two-tone textured finish on the back, similar to Google’s older Pixel phones. Unlike the Galaxy A42 5G’s on-screen fingerprint sensor, the upcoming M12 houses the sensor on the power button. The tweak also suggests the M12 is going to be priced much lower than the A42.

On a closer look at the renders, you will notice an angled Infinity-V notch on the front. According to renders, the phone will have a 6.5-inch flat display.

The Onleaks-Voice post also highlights that Samsung may launch the phone with different names depending upon the market. It is worth noting that Samsung’s 7,000mAh battery phone is also rumoured as Galaxy F12.

According to older rumours, the smartphone will run on an Exynos 9611 octa-core processor coupled with 4GB of RAM. The camera setup could feature a combination of 48-megapixel, 8-megapixel, and 5-megapixel sensors on the back. For selfies, it could have a 16-megapixel sensor.

The smartphone is rumoured to launch with a price tag of ₹13,000 approximately. 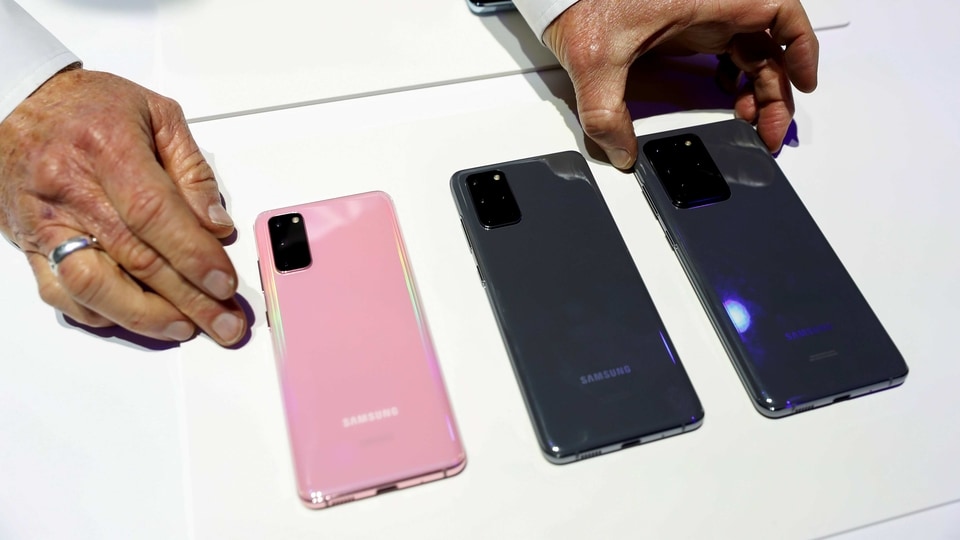