We reviewed Asus TUF Gaming 15 laptop, which is among the first in India to feature AMD Ryzen 4000 series processor and has 144Hz refresh rate IPS display. You also get RAM and storage upgrading options. The unit we received costs ₹70,990.

Try all you want but there’s no denying that Asus has been aggressively pushing AMD-based laptops in India since last year. Besides ROG and Zenbook series, we’ve seen several TUF gaming laptops boasting AMD’s Ryzen 3000 series chipsets. But this time the Taiwanese tech firm is stepping up the game with TUF A15. This new gaming laptop, which came out earlier this year, has finally hit the Indian shores. Usually, the limelight is on the performance when we talk about gaming laptops, but with TUF A15, the portability and build factors are enhanced as well. We used the TUF A15 for over a week, playing graphic-heavy games for hours, and lots more. Here are our key takeaways.

Design, for the most part, gets a carry forward treatment with TUF A15. Look up the TUF FX series and you will know what we are talking about. The Bonfire Black variant that we received has impressive but a familiar look (with minor changes in the patterns) on the lid and almost a similar design on the inside. The exhaust grilles and patterns around the keyboard area stay mostly identical with minor changes in the placement of LEDs for boot-up, flight mode, charging status along with the power button and the TUF branding.

But it does seem to have a smaller and compact chassis, which also makes it more portable and lighter. Add the ‘Honeycomb’ design elements to it and you get a stealthy looking gaming machine. And of course, you get MIL-STD-810H test certification for sturdy-ness and more vents for efficient cooling. The TUF A15 has a few more tricks to keep the gaming machine cool but we’ll talk about that in a while. Those expecting ROG-like glowing logos or some extra use of LEDs on the body, they may not be completely satisfied.

The compact size also cuts the space you get on the sides of the keyboard, which results in a rather tight setup. The A15 has a full-size RGB backlit keyboard that fortunately has well-spaced keys since a cramped keyboard is something that doesn’t go well with gamers. In our use, we did find it comfortable and there’s hardly a chance that you will press a wrong button accidentally while gaming. And kudos to the setup done by Asus, you are getting enough space for palm rest and a larger than usual touchpad that doesn’t fall in the way.

In case you are wondering, there’s no special hinge system in this one. However, screen wobbling is not an issue and won’t be a hindrance while gaming. What, however, is essential and is included in TUF A15 is the upgradable RAM and storage option. The easy-open chassis can be unscrewed easily to access the additional M.2 SSD slot (up to 1TB) and upgrade the RAM up to 32GB.

As for the display, there’s nothing more highlighted than the 144Hz Adaptive Sync refresh rate. What does that mean? It basically reduces the stuttering and lags so you don’t experience any visual tearing while gaming. And this is probably the only piece of information that might be amusing for some. For the rest of the specifications, you have a 15-inch FHD resolution screen that is not reflective at all and has good brightness levels. You have some usual software tweaks such as GameVisuals to control the viewing experience based on what task you are doing. The bezels on three sides are not exactly minimal but definitely thinner than before and add to the immersive experience. In addition, there’s a webcam on top with a protrusion to open the lid easily.

Design and build are not the only factors justifying A15’s billing. The real highlight is AMD’s Ryzen 4000 series processor that powers the entire gaming machine. The model we received ran on AMD Ryzen 5 4600 (6 cores, 12 threads) with 8GB DDR4 3200Mhz RAM. And Right now it is arguably one of the very few Ryzen 4000 series laptops that are available in India. So, what you get other than ‘performance’ is the surprise element on how well the CPU and GPU handle certain titles in long gaming sessions.

We played Assassin’s Creed Odyssey, a graphics-heavy title by Ubisoft, for hours without feeling at any point that it is stressing out the TUF A15 in any way. The fairly quick fast travels between locations to loading of the game and graphics on that 144Hz screen looked phenomenal, something we were frankly not expecting at first. Lighter games like Valorant, needless to say, performed butter smooth, all thanks to Nvidia GeForce GTX 1650Ti and AMD Radeon GPU. Just for your curious minds out there, the TUF Gaming A15 touched an average of 4600 on PC Mark 10 while on Geekbench it got a single and multi-core score of 1079 and 4776. That’s impressive for sure given the price at which you’re getting this.

You can hear the fans but they sure did their job well along with other comprehensive cooling mechanisms fit inside TUF A15. The heating barely reaches the keyboard area so you’re covered on that front as well. But most importantly you will hardly see any visible drop in the frames while gaming. A lot of credit for keeping the device cool goes to the heat pipes and three heat sinks along with ample vents at the back and below for better airflow.

However, a lot of it depends not just on the title and the settings you are playing at, but also on the mode in which the A15 is set. Besides the default Windows operating mode, you get Silent, Performance, Turbo and Manual.

Gamers also look for connectivity options and Asus being Asus, gives all that’s necessary here. On the left side, you will find two USB 3.2 Gen 1 Type-A ports along with a USB 3.2 Gen 2 Type-C port, which also supports G-SYNC monitors via its DisplayPort 1.4 alternate mode, and a dedicated HDMI 2.0b port. On the right, there’s nothing but a USB Type-A port. These should be enough to connect your laptop to externals screens, projectors, TVs and more. Plus, there’s a 3.5mm headphone jack, because why not.

Audio performance, in particular, was a mixed bag for us. Although Asus boasts of two speakers (placed underneath) on the left and right side, claiming to deliver 1.8x more details and 2.7x deeper bass, we didn’t quite feel it. We also found the peak volumes not loud enough, even on the headphones. Though tweaking the DTS:X Ultra app did make some difference in audio through headphones, it still left us asking for more. Naturally, the brand and kind of headphones also make a difference here. That said, most gamers may not mind the speaker considering they already have a headset for a more immersive experience.

The battery is usually not the top feature in gaming laptops and TUF A15 is no exception. The device has a 48Wh lithium-polymer installed, which barely gave us a few hours on gaming. That’s just for the sake of it since gamers rarely play on battery as it affects everything from frame rates to heat control and more.

The Asus TUF A15 did turn out better than what we had expected and a large credit for it goes to the hyped-up AMD Ryzen 4000 series. The gaming performance and cooling tech inside makes it an ideal proposition for gamers who want to get the basics right. What adds to the entire package is the honeycomb design and subtle upgrades to its stealthy looks, specially in the Bonfire Black variant.

However, while the performance and design are areas that almost all gaming laptop brands focus upon, what sets this machine apart is the portability factor. At 2.3Kgs, this is way easy to handle and carry around (whenever you do once in a while). The model we reviewed is the FA506II-AL117T version that costs ₹70,990 and frankly felt like a misprint. With that price tag, we don’t see TUF A15 losing its sheen anytime soon. 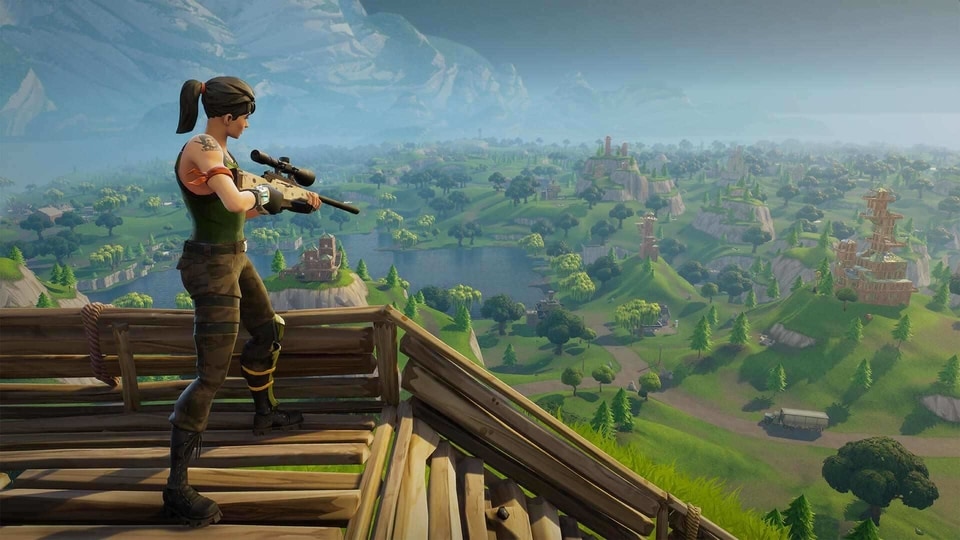 Online gaming is booming but it can take a toll on physical, mental well-being: Report