Garmin Vivomove Sport short review: Is it better than a smartwatch?

Shocking! Users getting ads based on private PHONE calls

Macintosh charger for iPhone! See how you can buy this adorable accessory

Wordle 341 answer for May 26: Handle it with care! Check Wordle hints, clues and solution

Apple’s iPhone FaceTime privacy bug lets you hear others even before they pick up call. Here’s how to disable FaceTime on your iPhone and Mac devices.
By KUL BHUSHAN
| Updated on Jan 29 2019, 05:30 PM IST

iPhone users are no longer able to make group video calls from FaceTime after a major privacy bug was discovered in the default app. The privacy bug allowed callers to hear and even view the recipient even though latter hasn't received the call. Apple has promised to fix the bug through a software update later this week.

According to 9to5, the UI on FaceTime makes it look like other person has already joined the call but it's actually just ringing on their iPhone. It also pointed out that if a third person in a group call taps on Power button on their lock screen, others can still their video.

Until the software fix is rolled out, Apple has disabled group FaceTime video calling feature from the server side. "We're aware of this issue and have identified a fix that will be released in a software update later this week," said a company spokesperson.

As Twitter CEO Jack Dorsey suggests, users can also disable the FaceTime feature altogether from their iPhones to stay safe.

How to disable group FaceTime on your iPhone

Open Settings on your iPhone.

Scroll down > tap on the FaceTime icon.

Tap on the toggle to mute the feature.

Launch the FaceTime application on your Mac device.

Note that you can also delete the application from your phone. Simply long press on the mobile app icon and then tap on the cross icon and confirm deletion. Even if you have deleted the FaceTime app, you can still make and receive FaceTime calls via Contacts and Phone apps. 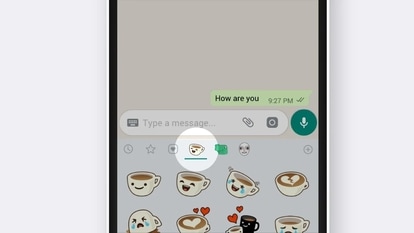 WhatsApp tips and tricks: How to convert your photo into WhatsApp sticker

Take iPhone calls on your iPad, MacBook: Here is how in easy steps

How to free space on Android phones: Get rid of this frustrating problem through these tips

iPhone 14 Max rivals will give it a very TOUGH time and that is FINE for you!

Garmin Vivomove Sport short review: Is it better than a smartwatch?

Shocking! Users getting ads based on private PHONE calls

Macintosh charger for iPhone! See how you can buy this adorable accessory

Wordle 341 answer for May 26: Handle it with care! Check Wordle hints, clues and solution
keep up with tech
Facebook Twitter

Top 5 iPhone games: Own an iPhone 12 or iPhone 13? Then play these awesome free games

Very soon, you will be able to BUY Sony PlayStation 5 consoles just like any other gadget

Microsoft Flight Simulator goes “Top Gun” like Tom Cruise! That too for FREE!

Minecraft 1.19 Pre-release 3 is here; the wait for The Wild is almost Over!