Switzerland-based Sirin Labs' Finney, the world's first blockchain smartphone, will be launched in November. Priced at $999 (₹68,000 approximately), Finney blockchain phone is said to come with a dual-screen design.

"The vision of Sirin Labs right now is to bridge the gap between the Blockchain economy and the mass market, by basically addressing and resolving these two inherent problems," Nimrod May, Chief Marketing Officer at Sirin Labs, was quoted as saying.

Finney devices will be manufactured at FIH Mobile's (a Foxconn subsidiary) existing facilities. FIH Mobile will design and manufacture the phone while Sirin Labs will lead the development of the wallet hardware and operating system (OS).

Before Finney blockchain phone, Sirin Labs launched a super expensive "Solarin" smartphone about a couple of years ago priced at $14,800. ALSO READ: Blockchain: Benefits of this emerging technology beyond cryptocurrencies

HTC is hoping the phone will help democratise the blockchain network. Phil Chen, who is driving HTC's blockchain project, aims to "make decentralisation a reality." He hinted that the phone will be priced around $1,000 (₹69,000 approximately), equivalent to Apple's iPhone X. Chen also said that HTC Exodus blockchain phone will be available in the markets outside China, according to an Independent report.

(with inputs from IANS)

How to Force Close apps on iPhone 13, iPhone 12: Tips for newcomers from Android

Instagram user? Here is how to find out time spent on app

Android tips and tricks: Secret codes to know on your phone

Get help! How to add emergency information on your phone's locked screen

Instagram tips and tricks: Hate them or love them, here is a push notifications primer

Wordle is THE craze! Know what does it mean, how to play it, who made it

Love your iPhone or Android phone? Here is how to maintain your smartphone, make it last 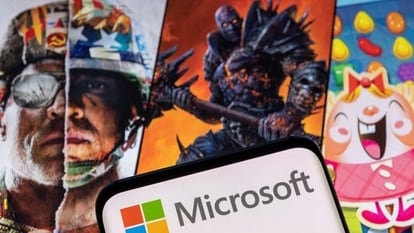 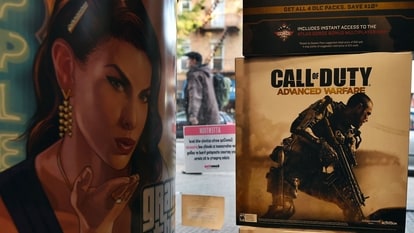 Microsoft buys Activision Blizzard, maker of Candy Crush and Call of Duty, for about $70 bn